The undefeated Luxemburg-Casco Spartans left little doubt early who was the dominant team on Friday night, cruising to a 49-7 victory over the Waupaca Comets in Division 3 Level 2 football playoff action in Luxemburg.

After going three-and-out in their first series, the Spartans connected on a 27-yard pass from Owen DePrez to Max Ronsman to take a 7-0 lead with 8:56 left in the first quarter.  L-C would score twice more in the first stanza on a 5-yard jet sweep by Ryan Routhieaux and a 12-yard gallop by Isaac VandenBush to take a commanding 21-0 lead after one quarter.

VandenBush would add two more rushing touchdowns of 10 and 38 yards in the second quarter, and DePrez added a 45-yard TD run as the rout was on at 42-0 at halftime.

With second-line players in for the Spartans on defense to start the second half, Waupaca scored on a one yard-run by quarterback Luke Schwen for the Comets only points of the night in the third quarter.

Ronsman, the Spartan’s backup quarterback, finished off the scoring with a 1-yard run as the Spartans dominated the line of scrimmage all night long on both sides of the ball.

The #1 seeded Spartans (11-0) will now host the #2 Menasha Blue Jays in Level 3 playoffs in Luxemburg next Friday night.

Matt Piesler and Paul Schmitt will have the call starting at 6:30 p.m. with the pregame show and kick-off set for 7 pm on 96.7FM WBDK.  The game audio can also be streamed on the NewRadioSportsRadioNetwork.com. 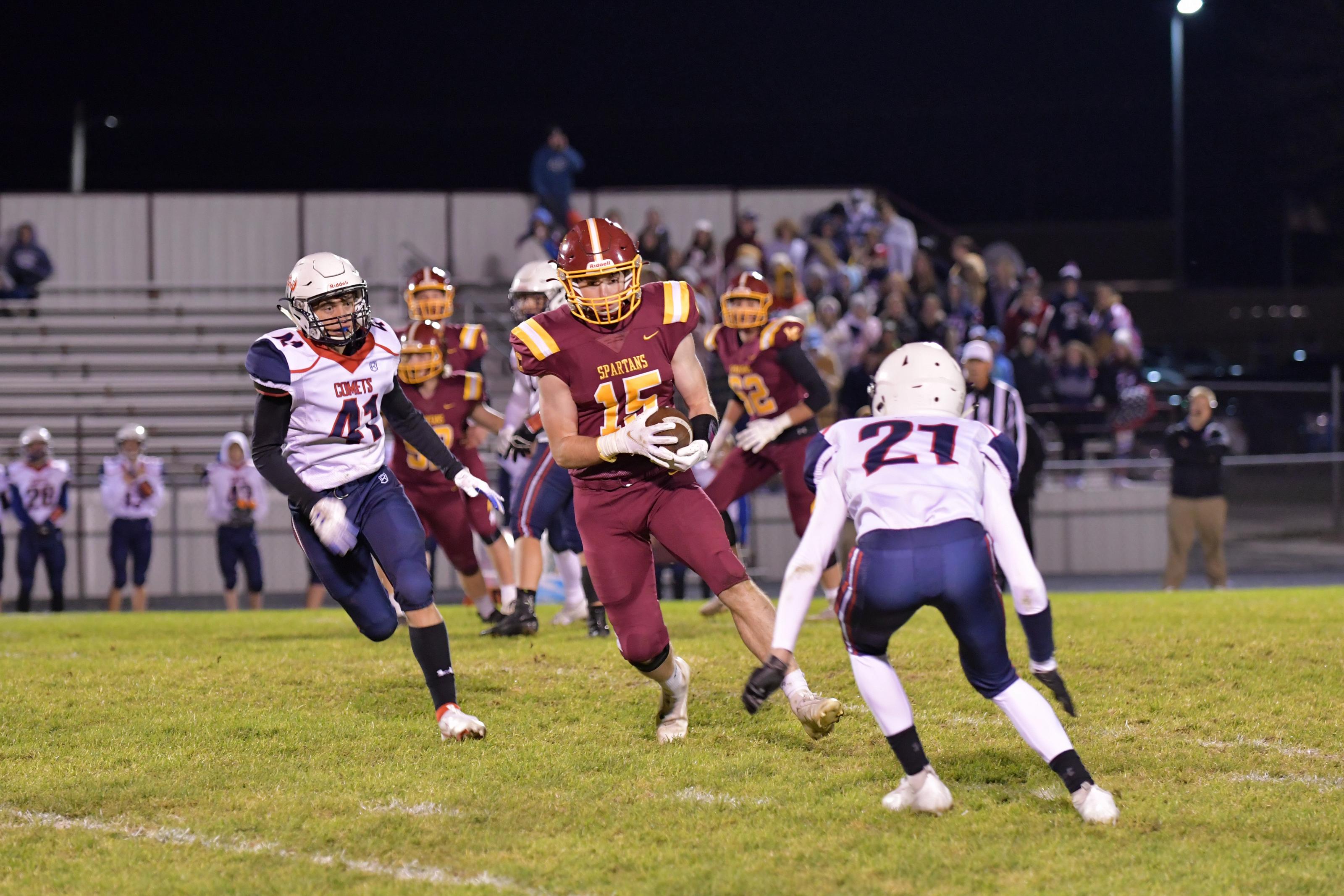